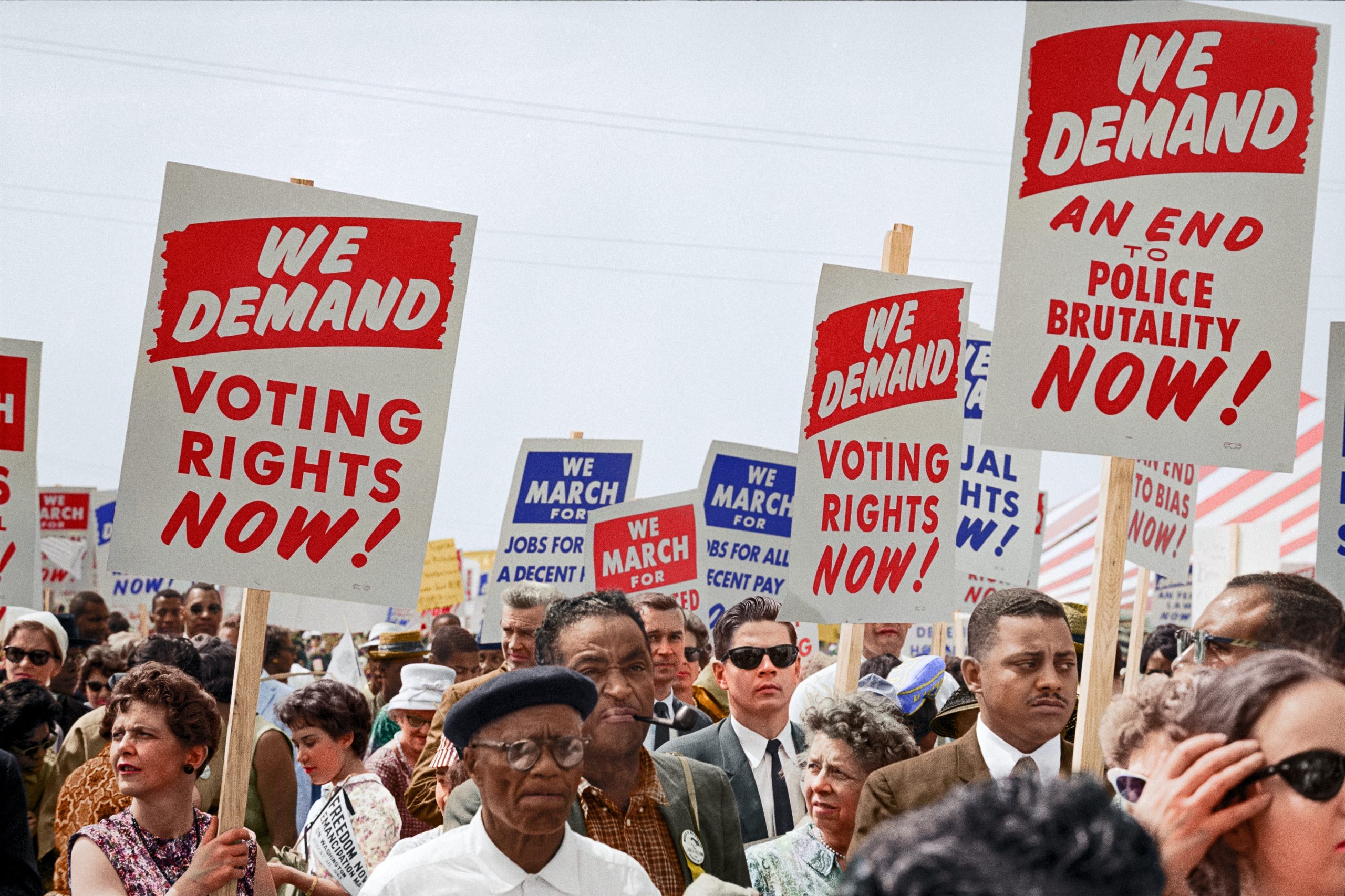 ...
This pandemic (and election) has exposed the ways our institutions are crumbling. Here are the issues that most urgently need our attention, areas in which a return to normality amounts to a crisis.

In the wake of a chaotic election cycle, and in the midst of an even more chaotic transition, I have resisted doomscrolling by trying instead to imagine my individual role in creating change. It’s not easy. My thoughts turned to an in-depth memo I wrote back in April, at the request of a close family friend who asked me to share my thoughts about the biggest issues facing our country. He requested input from a range of people as a way to help him clarify and distill his own perspectives before writing to a lobbyist group he supports.

As I revisited my letter to him, I realized that the urgency around these issues has only sharpened.

Now, over six months later, Biden is the president-elect, the Senate could be split with Vice President Harris as the deciding vote, and a working vaccine is on the horizon. At the same time, so many lives have been lost. The Supreme Court has taken a hard right turn. Many of our institutions have made outsized efforts to return to normal rather than seize the opportunity to transform. These retrenchments cost us much, to both our medical and financial health.

Early in my letter to my family friend, I mention hope. Now I wonder if hope is naive. My hope may have dimmed, but I see with greater clarity what’s before us. Confronting a pandemic has not magically awakened the collective unconscious. Making real change is not about magic, writ large; it’s about work, writ small. Bit by bit, voter by voter, human by human.

Because of that kind of work, over 60% of Florida voters approved a $15 minimum wage. My home state of Georgia expressed the true will of its people by favoring Biden in the presidential race. Good, small work is happening, and must keep happening if we hope to confront the issues I wrote about in my letter, which I’m happy to reproduce here in full.

This pandemic has exposed and magnified the ways our institutions are creaking under the strains of injustice and inequality. And amid great suffering, I also see ways in which our planet, our spirits, and our families are fighting to heal now that the world has paused.

I hope, perhaps naively, that we, as a country, can make sense of this collective trauma in a way that brings even greater healing of our communities and our ecosystems. As Arundhati Roy wrote recently, “Nothing could be worse than a return to normality.” With those words in mind, here are the areas that I would argue most urgently need our attention, areas in which a return to normality amounts to a crisis.

Arguably, climate change is more of a global issue than a uniquely American one, but the United States has lagged behind other developed countries in making a real commitment to divesting from fossil fuels, ending our reliance on single-use plastics, investing in green energy and electric transportation, and reducing carbon emissions, when we should instead lead the charge and set an example for the world. This will take more than more conscientious behavior of individual consumers; we need a systems-wide response.

Safety and universal access to adequate healthcare ought to be regarded as a human right, not a privilege tied to employment or immigration status. Health is, of course, more than just medical treatment. Poor diet–exacerbated by inequality, food insecurity, and low access to nutritious food–is the leading cause of poor health in America. Equally, we must address the woeful lack of access and coverage for mental health services for many Americans, especially veterans, young people, and the poor. We must also take real steps to combat gun violence, sexual assault, and domestic violence.

The health of our democracy and the state of civil discourse in this country are in peril. Even aside from the specter (and reality) of Russian interference, the freedom of our elections is jeopardized by partisan gerrymandering, the suppression of the vote after the Supreme Court’s decision in Shelby County v. Holder, and an entrenched rural/urban divide. The rise of populism–and the divisive rhetoric that fuels it–has increased the polarization of our discourse and made it near-impossible to find bipartisan solutions to the problems our country faces. Further threats to our discourse include a growing disregard for science, poor media literacy including a widespread inability to distinguish between fact and opinion, and the echo chambers of social media that feed confirmation bias. It’s been over 70 years since George Orwell wrote in his landmark essay “Democracy and the English Language” that “the present political chaos is connected with the decay of language,” but it is no less true today that we need to protect our ability to discuss issues openly, access reliable news, and challenge one another’s ideas–and it’s no less true that our democracy hangs in the balance.

Last year, The New York Times published the 1619 Project, with the stated mission of “refram[ing] the country’s history by placing the consequences of slavery and the contributions of black Americans at the very center of our national narrative.” It’s nearly impossible to understate (or briefly summarize) how deeply these consequences are entrenched in our institutions, from the racial wealth gap created by segregations, redlining, and evictions, to the crisis of mass incarceration detailed in books like The New Jim Crow by Michelle Alexander and Just Mercy by Bryan Stevenson.

We must also contend with the legacy of settler colonialism and the many failures to recognize the humanity, dignity, and sovereignty of indigenous people in this country, who, after centuries of mistreatment and even genocide, are killed in police encounters at a higher rate than any other demographic.

In February, I took a group of students to visit immigrants at Stewart Detention Facility, a for-profit prison that incarcerates asylum-seekers and other immigrants awaiting deportation hearings. None of the detainees are there to serve time for a crime. One man I met watched people die on his journey across the Sahara Desert and the Mediterranean, only to be imprisoned as soon as he crossed the border seeking asylum. He lost his case six months ago, but his country has not issued travel papers, so he waits at Stewart, which is currently being ravaged by Covid-19. There is no reason to detain asylum-seekers, other than profit, and no justification other than racism.

Though racism compounds the issue of economic inequality, it nevertheless qualifies as an issue unto itself. There are many dimensions, many culprits: unemployment (now rising sharply due to Covid-19) and underemployment, poverty, debt, the wage gap, evictions, the wealth gap, downward mobility, corporate tax breaks. The fact is, we must find a way, as a country, to recognize the humanity of low-wage essential workers and hourly service industry workers and to ensure that families can meet their basic needs whether employed or not.

Clearly, our public school system is failing many of its students, especially the most needy. We must find a way to improve public schools without pulling resources away from them via charter schools. We must end the kind of criminalization and policing of children, especially students of color, that result in schools with a police officer but no counselor. We must truly educate our children, not just ready them for standardized tests or low-wage jobs.

As a teacher at a private school, I see first-hand that even our students, with all the resources and privileges they are afforded, are not always thriving. I see my most successful students suffering from impossible and competing expectations, lack of sleep, crippling anxiety about grades and college admissions.

In my students, I also see cause for hope. They are much more aware than I was at their age of all the issues I detailed above, and they express great eagerness at tackling them. I believe they could remake schools and remake the world, if we’d let them. So, to conclude, I’ll borrow a call for change that some of my students have argued with conviction and passion: let’s lower the voting age to 16, and engage our next generation in the responsibility of exercising their civic duty.

With a few pleasantries, I ended the letter here. I want to add only that engaging the next generation doesn’t mean heaping our problems onto them to solve in some imagined future. It means modeling the kind of work that needs to happen, guiding them to understand history and current realities, and empowering them now to act.

Discover more work by Amy McDaniel.
Were you moved by The Art of Amy McDaniel? Why not leave a tip? Your contribution will be paid 100% to the author. You can also choose to give a gift to this quarter's charitable organization. It's simple, and it means so much.
Leave a Tip