by The Vault | From the Vault 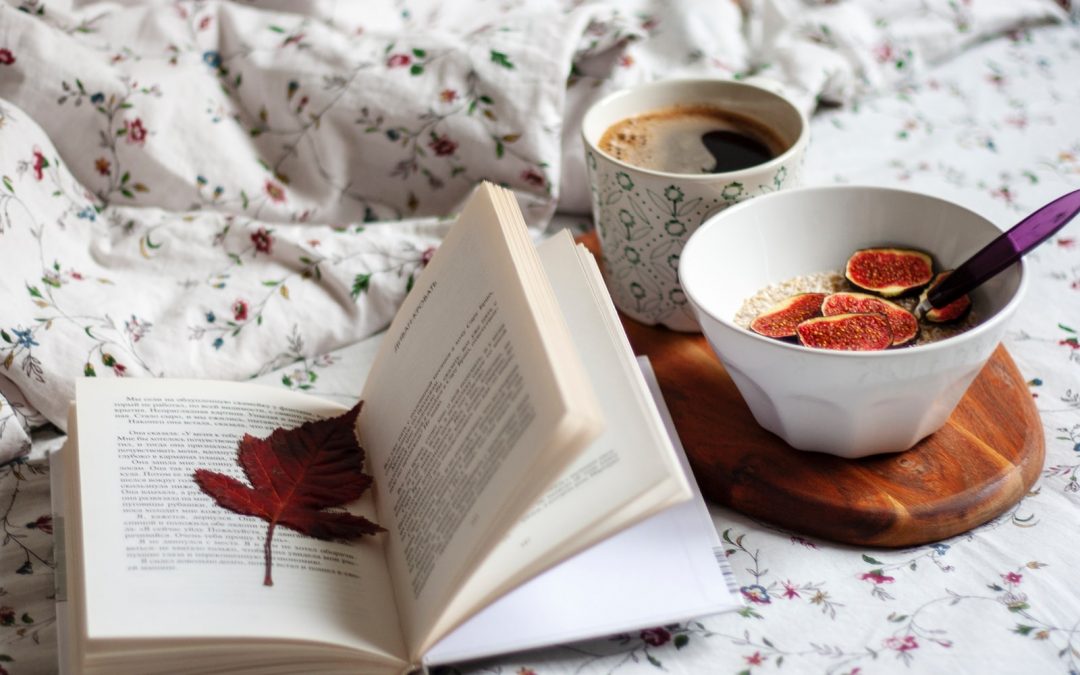 In this space, we’re going to tell you what we’ve been reading and what we’ve been eating, and we’re going to ask other people what they’ve been reading and eating, and we might, from time to time, include a recipe or a meditation or a grocery list. On most days, the only thing I like more than food is books, and on other days, the only thing I like more than books is food. But on all days, I ingest a lot of words and a lot of calories. We at Real Pants are eager to explore the wide and always-changing intersection where we find ourselves ever-hungry, never full.

I’m excited to have John Dermot Woods share the beat with me on this, our inaugural week wearing these Real Pants. Turns out we’re both into soup right now. And, by the way, you friends, readers, people of NYC: Real Pants will be having an IRL launch in conjunction with a party in honor of John’s stunning book The Baltimore Atrocities, Saturday, January 24, 8pm, at 47 Hall Street #109 in Brooklyn. Amy promises fried chicken and caviar, in case you needed more reason to make this a priority.

What we’ve been eating: Kristen

Many hundreds of bottles of shampoo ago, when I ate like a dirty hippie, I bought myself The Kripalu Cookbook, which gets its name from the Kripalu Center for Yoga and Health in Lenox, MA, and is, according to the back cover “essential reading for those seeking to widen the range of their culinary accomplishments and become better acquainted with the rewards of a vegetarian diet…” et cetera et cetera. At some point that year, I cooked every soup in the soup section. Which is weird, since I have something of a tormented relationship with soup, and also, who was eating these big pots of soup that I made? Just me? Roommates? My memory fails. And tormented because I love it, but I also love to chew and generally prefer—in food as in life—crunchy things to smoother ones, and I have this anxiety that I won’t be full from just soup. That said, I believe in it as a soothing medium, its preparation and consumption. I believe in it as a gift for a sick or overwhelmed friend. I like its humbleness, and how it seems to span all cultures and generations, and that you can put a bunch of shit in it. I may have a certain instinctual reluctance when it comes to the idea of soup, but I generally love an actual one, a hearty one, and the cream of tomato from this vegetarian yoga cookbook was a standout in this past week of eating.

This too: if you have children who aren’t always “down with vegetables,” tomato soup is a really excellent way to hide a bunch of them in a cloak of the most kid-friendly iteration of tomato flavor—that is, sweet, soft, stripped of its acid. Ever since discovering that my daughters both enjoy tomatoes this way, I’ve played around with several different recipes. The Kripalu one wins, though I don’t think I’ve made it the same exact way twice. You start with butter, then sauté onions and garlic, then add a bunch of carrots (and a chopped zucchini, my addition), some cans of whole plum tomatoes, a big blob of tomato paste, some salt, some dried herbs (basil and marjoram, but you can also use thyme and basil or just thyme or just basil, etc.), some salt and pepper, and pinches of curry powder and nutmeg. Let it all bubble and simmer for an hour or more, and then whiz it up with an immersion blender or a regular blender, adding a little half-and-half or straight up cream at the end. If you have the dried herbs/spices on hand, it’s a supremely cheap meal. I tend to keep a lot of canned tomato products in my pantry so that I can make this whenever.

What we’ve been reading: Kristen

Citizen by the inimitable Claudia Rankine. I’m always behind, but reading this book makes me feel helplessly so—for its urgency, I wish to have read it the second it came out. I wish to have read it as soon as I was born. Rankine’s ability to weave, and yank, memoir together with poetry and reportage and image—it gives me a deep vertigo, a deep awe, a deep tingling. This book is a very living thing. It draws us into a conversation about race and memory and history and selfhood and all of the interstices in between, and it does not let us out of it, not after the last page, not days later. I was inspired to pull her Don’t Let Me Be Lonely off the shelf, too, because I wanted to keep hearing her voice, this voice that agitates and presses into the skin. I love it when I don’t have to answer, about a book, the age-old “style vs substance” question. I love when a book makes that question not exist.

What we’ve been eating: John

I used to fear root-vegetable season, the tyranny of turnips and potatoes and beets and Jerusalem artichokes and finding new and boring ways to prepare them. And this winter I’m living eight miles from the Canadian border in New York’s North Country, deeply entrenched in the world of roots and kale. But, hidden among this drab bounty, I’ve rediscovered celeriac (or celery root, call it what you like). At the suggestion of my friend Bobby, a recent transplant from Laredo, TX, on America’s other border, I made migas, usually made with tortillas in Texas, with thinly sliced celery root. Added some eggs and tomatoes—easy and tasty. Going to make appearances at all three squares this winter. Then my wife Ginny took the leftover celeriac and made a soup with apples and some chive oil drizzled on it. And bacon. That transcended. I get excited about celery root now.

What we’ve been reading: John

While I was visiting my family on Long Island for the holidays, I found a copy of the first collected edition of Preacher, written by Garth Ennis, at my brother’s house. It includes the first twelve issues. I read the whole book over a couple of nights. And, truthfully, I don’t think I want to read any more of the series. I read a lot of comics but I have to admit that I’m pretty ignorant when it comes to comics published by Marvel and DC, even DC’s “mature” Vertigo line. There are certain books that have been recommended to me over the years as really well done genre books. And other than Neil Gaiman’s Sandman, Preacher is pretty much at the top of that list. And, after reading, I was disappointed. The characters were flimsy, the plot developments arbitrary, the violence (usually bullets taking off chunks of head) hackneyed, the dialogue cliched. Jesse’s Custer’s Texas patter is cringe-worthy. The Irish vampire’s witticisms are even worse (despite being written by an Irishman). This book, I think, benefits from comparison to other mediocre work often published by DC. Preacher is marketed primarily to super hero comics readers, whose expectations may be lower. Here’s the thing (and why I’m bothering to discuss my lukewarm reaction to this book on Real Pants): I cannot find anything but glowing criticism of Preacher on the internet. Most of this criticism begins with some sort of statement about how “offensive” this book will probably be to many readers, and seems to defend the comic against legions of puritanical critics. Except, a few modest Google searches have yet to reveal any negative criticism of the work at all. So what I’m asking is: Is it just me or does anyone else think that Preacher might not be the greatest thing since the Dark Knight returned?