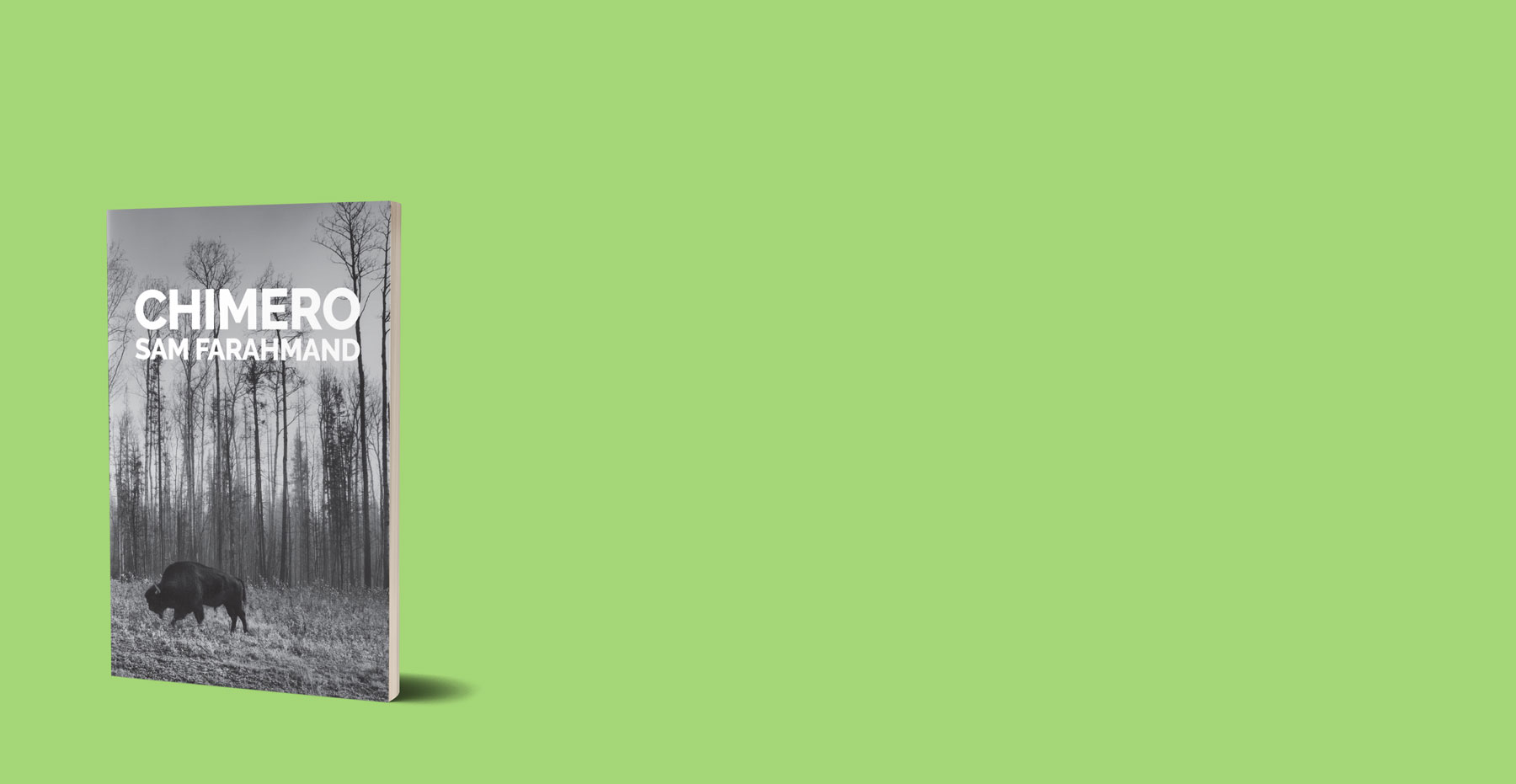 When I think of Sam Farahmand’s work, especially his readings, I think of some of the best unconventionally structured films, surreal autobiographical films. There is a formal surrealism in the mundane relationships in these movies. Like love at first sight: you know something is happening, but you can’t consciously explain it. You find this in films like Daisies, Tarkovsky’s The Mirror, a Japanese film called Ritual, Jem Cohen’s Chain, and Last Year at Marienbad. There is a scene in Last Year at Marienbad, Alain Resnais’s hypnotic, dreamlike masterpiece about a man (X) who meets a woman (A) in a château and is certain that they’ve met before, in which X pleads with A to remember his existence in her life: “Behind walls with more walls, you don’t know what I went through to get you.” The phrase is repeated as the camera pans across the guests, who resemble the ornate statues and figures decorating the halls and garden of the château, as they are locked in this meaningless tableau. The ambiguity of the relationship between the main characters continues to mystify us to this day as, sooner or later, every film buff finds themselves wandering the halls of that certain château, trying to make sense of the fractured dimensions of time and memory, nostalgia, and imagination.

To some degree, a château — and a man searching for a woman — also feature in Chimero (drDoctor, 2020), Farahmand’s début novel, one that is part millennial bildungsroman, part nostalgia drama, and part drinking game. “Every time a character drinks, take a shot” would have you taking over two-hundred shots.

When the novel opens, a group is at a New Years Eve party, or after-party, or after New Years Eve party; Adam, the novel’s sidekick, says that he and the narrator, an aspiring Millennial writer and disaffected member of the literary community, are “lost ones. The ones who wouldn’t have some great war to go to and wouldn’t come back knowing what we’re supposed to do, no, we’re all here now, all alive but not sure where to start living.” Nostalgic words. A hipster with horn-rimmed glasses at the party wants to plan a trip to Chateau Marmont in Los Angeles. The Chateau Marmont reads as a knowing gesture: the night that was once spent there, and the return that never happens—one gathers—is the nostalgia that they are all chasing. For those of us who are now clawing our way out of our twenties, we feel this hard. The Millennial generation — whose oldest members are 38, and the youngest 23 — has come of age at a strange time. Between economic insecurity, killing industries left and right, and the crippling debt that came from acquiring meaningless degrees, nostalgia can seem pretty good. Like the narrator says, “Nostalgia was amnesia. Nostalgia was hitting my head on the concrete.”

That sense of nostalgia is something that the narrator himself is conspicuously after, remarking that he is on a quest to find all of his past girlfriends, including one woman, Audra, whom he can’t seem to forget. The sections of Chimero seem to alternate between a narrative present—in which the narrator tries to find his place in the world, West Hollywood and otherwise—and a series of fleeting relationship vignettes that take us through his journey, possibly in reverse sequence (or at least that’s an idea that I toyed with as I read the novel). Adam and the narrator never make it to Chateau Marmont, so that yearning nostalgia persists. Instead, we get a series of scenes in various bars of Los Angeles: the Library Bar, Tropicana Bar and pool, the Roosevelt Hotel. The same characters (or their doppelgängers: Audra, Andrea, Anna, Anna Lee) appear at different spaces, different times. Maybe they’re the same character under different names. There sometimes seems to be no linear movement, but you feel a linear movement. You feel the unconscious movement of the story in the impermanence of the relationships. Just as the château in Marienbad is filled with people who come and go, so too is Chimero filled with relationships that eventually become only a memory. Relationships change and are influenced by our perceptions and expectations, including how those perceptions are changed over time. Chimero not only explores the temporary connections people make but also the mechanism by which we keep those memories. The novel’s structure has a rhythmic quality, clusters of rapid movements from scene to scene. The quasi-monotonous movement, the way the main character goes from bar to bar, from set piece to set piece, adds up to magic and mystery. You can almost hear the voice-over drone, looped through strains of jazz samba and maybe Harry Styles or something.

Farahmand’s critique of art and life in the 21st century is not particularly original—at one point the narrator opines in a not-so-subtle way:

“We’re so postmodern now we can’t even see modern anymore. Modern was good, modern told the truth. Postmodern just retells the telling. You have to go through postmodern to get to modern now. You can’t not address postmodern, but the word postmodern still has the word modern in it.”

—but you feel exactly how worn down he has become by the time in which he lives due to the dispassionate prose.

The prose is, for the most part, honest, understated and restrained, somewhat in the manner of The Spirit of Science Fiction-era Roberto Bolaño. Cormac McCarthy would admire the lack of “little marks” on the page since dialogue in the novel is not demarcated by quotation marks. The characters sometimes have no names (or meaningless names), just functions (the blonde, the brunette), forcing the most unwilling reader into the author’s structuralist style. It is evident through the precision and care that he took to bring the novel to fruition that he had great respect and a controlled vision of the story he was writing. This assuredness led to Farahmand’s ability to write the physical construction of the space between dreams and memories, nostalgia and the present, like the fractured dimension in Marienbad. “Everything we know is reversed,” the narrator says, after all. “To be ahead of one’s time is to be behind.”

All art carries with it a meaning unique to the individual and is further expanded by the various perspectives each person brings to their experience with the art. As the layers of the narrator’s, and perhaps Farahmand’s by proxy, distinctive autobiographical history are peeled away, we find that Chimero is all about how our desires are shaped by our minds, and how there really is no difference between true memory and nostalgia. At one point in the second half of the book, the narrator is playing hot hands with a woman and his expectations are deflated: “Hot hands turned into holding hands then into nothing.” Imagination, nostalgia, and memory are nowhere but in the mind. If the story becomes just as full of life as memory, then what is the difference between that and real memory? It just comes down to whether or not you choose to believe in it.

Such meditation on life through art makes Chimero a really striking début. It was Stanley Kubrick who said “art consists of reshaping life” and Farahmand reshapes the events of his life, memories, and experiences in an enigmatic, hypnotic, and thought-provoking way. We are fish swimming in a river, but are we swimming forward or backward? Everything, Chimero posits, comes in fractals.

Discover more work by Joe Halstead.
Were you moved by The Art of Joe Halstead? Why not leave a tip? Your contribution will be paid 100% to the author. You can also choose to give a gift to this quarter's charitable organization. It's simple, and it means so much.
Leave a Tip