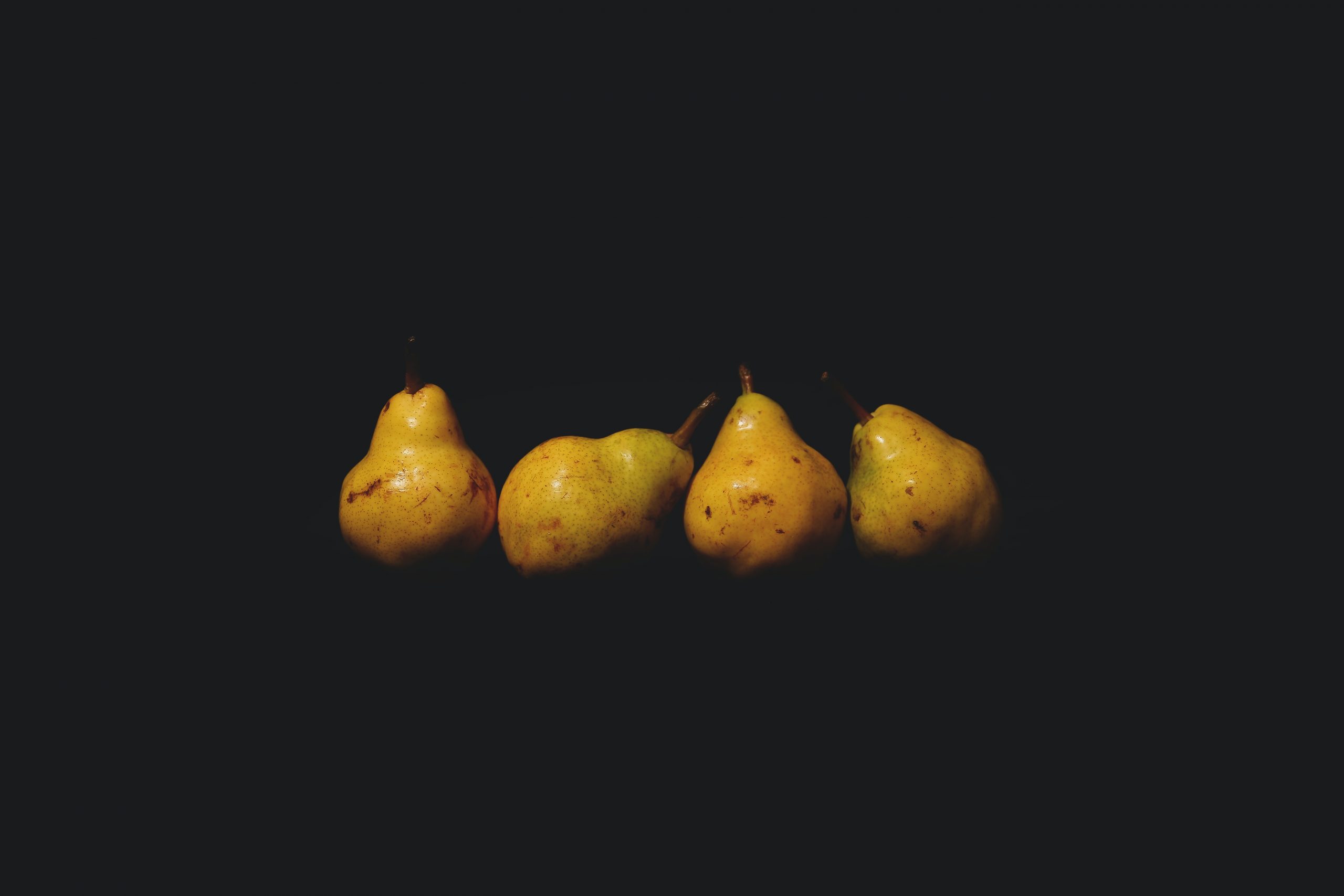 ...
"So, you halve the peeled pear as you halve your life in two and cut out the core of it." Christopher Bowen meditates on the covid-caused demise of his career as a chef.

I wrote this piece in quiet resignation toward my recently dissolved career as a chef. I’ve spent twenty years in the food service industry in multiple roles and kitchens throughout the years, usually because the work was always there. Since the pandemic, I’ve taken a job at an academic library.

To poach a pear, first take the copper-bottom pot to the gas stovetop. Gas ranges are the best because you can control the heat better. Copper always heats the fastest.

Remember first the front of your soaked t-shirt—wet from the dishes at the family restaurant in high school. Remember the way it made the rest of your clothes smell like french fries when you got moved up to the fryer there, that smell. And although you never liked wearing the apron in culinary school because it sagged or loosened during the shift, you wear one now, tight across the chest because it’s closest to your heart.

A pear comes in different forms, the way people do and sometimes ghosts. It can be seen in a Bosch or red Anjou, but must curve at the bottom because we all come from the bottom. As the water heats, take cheesecloth or the better part of a leek leaf because you are the better part of what you once were. Find the twine in the kitchen top drawer with the scissors you sometimes open mail and packages with. Think about what sharp is. Dull knives are dangerous and you remember being cut there, the scars running awkwardly across the fingers. Remember being burnt, too, because you were a candle.

The poaching of a pear is like aging in your body, so grab the peeler beside the scissors as the wrist locks. With the cheesecloth or leek, fold in peppercorns and a dry bay leaf, sealing it off with the twine and tying a knot. Tie all the things you could not otherwise be, adding the cheesecloth packet, called a sachet, to the water.

You add a touch of red wine vinegar for color. You add everything that life has not cut out of you over the years, the times you were screamed at by a managing boss or broke down in tears during culinary school at the hospital kitchen. You throw them in, too. So many people, you throw them all in.

Turn back to the pear. It’s chosen you, too. You peel layer after layer, a figure of what you’ve become like a wax statue or silhouette. Place two spoonfuls of lemon juice in a cup of cold water. You’ve held your ground in the most stressful of places, nine or sixteen hours on your feet like an earthquake, a storm, a hurricane. And sometimes, they brought water to you and you ate dinner over a garbage can, staff wailing like lambs in the backdrop.

So, you halve the peeled pear as you halve your life in two and cut out the core of it. There were the times before the kitchen and then there are the times after, the middle of twenty years forgotten in the release of steam from the pot and the ghosts that rise from it.

Place the halves in the lemon water to prevent them from browning before cooking. After poaching them to the point that they slide off of a fork or butter knife, chill them. They will be good on top of a salad, like a char-grilled stone fruit or peach, something for when the ghosts are gone and you aren’t hungry anymore.

Discover more work by Christopher Bowen.
Were you moved by The Art of Christopher Bowen? Why not leave a tip? Your contribution will be paid 100% to the author. You can also choose to give a gift to this quarter's charitable organization. It's simple, and it means so much.
Leave a Tip