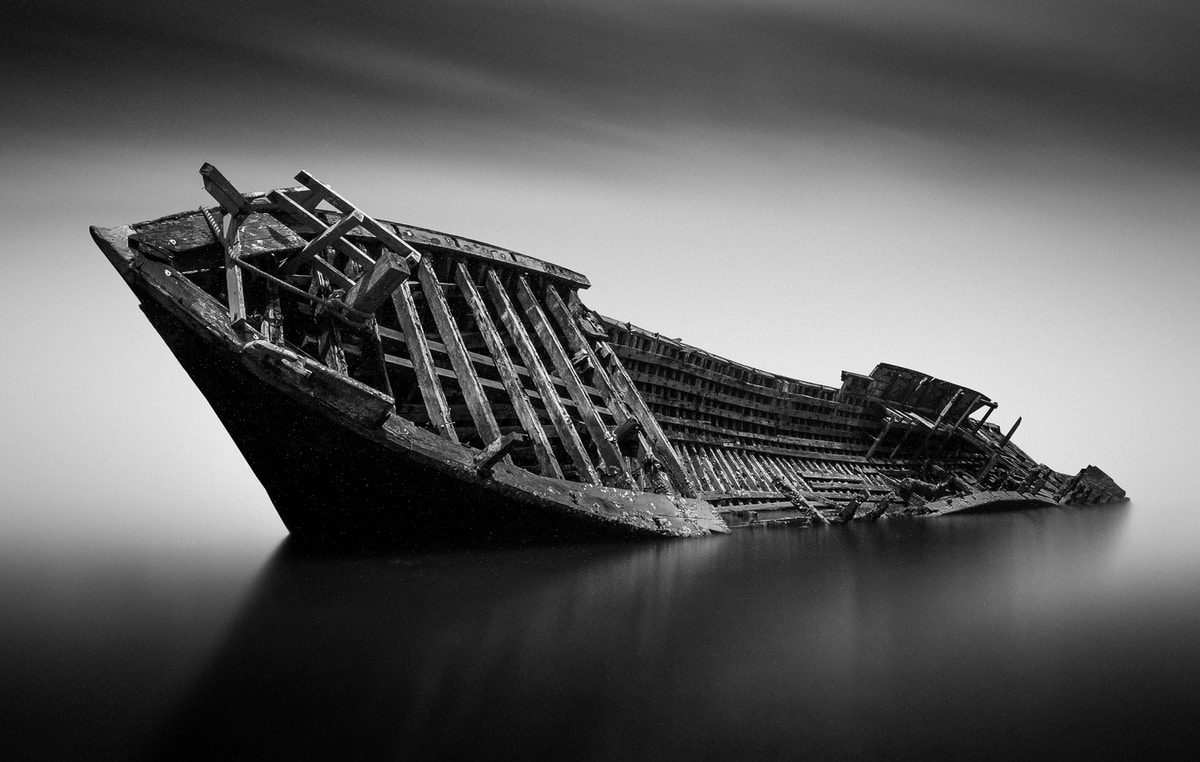 ...
A shipwreck. A mouldy biscuit. A hamster.

They stock American cereals in B&M. Fruit Loops and Reese’s Puffs. Diabetes in a box.

‘Do you remember the ship that crashed on the beach by Princes Way?’

I remember. We stand close to one another in the aisle and stare at the cereals. I sway the basket. She goes on her tippy toes to pull a box of Fruit Loops. I can’t imagine that kind of food is good for Eddie. One day he’ll keel over and die. She only needs to pop one more Fruit Loop, or Lucky Charm into his mouth and that’ll be it for Eddie. I follow her around B&M.

When we’re out of the shop, she talks about the ship again.

‘Ship was called Riverdance. Did you know that? And a load of biscuits fell onto the beach when Riverdance tipped over, crashed.’ We stop next to the Grand Theatre so she can light a cigarette. I tell her I remember the biscuits. That was the most exciting thing about it. ‘I was with Jordan then. We skived to see it. He used to drag me on these long walks, even when we were kids. Sometimes we’d end up in Fleetwood. He was mad on it.’ I don’t believe she walked with Jordan to Fleetwood. They would’ve been about fourteen. She probably wants me to probe her about this. It’s an unusual thing to talk about. I can’t be arsed. She does bring up random stuff sometimes. I ask if I can nick a fag. She hands me one and lights it for me.

We walk from the Grand to the tall church opposite the Winter Gardens. I don’t have to respond to what she says in words. I can grunt every now and then. She probably knows I’m not listening. I stare at the Regent Cinema. I like to stare at buildings. I think sometimes they might fall apart, if I look at them for long enough. She’s on about something else now. Something more perfunctory. She’s back at work tomorrow after a long Christmas break. I can see tomorrow morning. I’ll stay over tonight, I know it, even though I don’t want to. In the morning I’ll stay in her bed while she scrambles for her blue uniform. She’ll be annoyed.

I stand behind her like a child as she unlocks the door to her place. We hang our coats then go into the kitchen. I put her two bags of shopping onto the counter. We unpack. She puts the kettle on to boil. We drink our teas in front of the TV. More than anything, watching daytime TV makes me feel less than human. After a while we go to her bedroom. I go to Eddie in his cage. She’s brought up the box of Fruit Loops. I lift him out of his home and force him to face her. She slides a brightly coloured loop into his mouth. Eddie swallows. I let him wander on my lap. I’m sitting on the bed now. She’s in her wardrobe. ‘Here,’ she says, ‘look at this.’ For the second time this afternoon she’s on her tippy toes. She pulls down a packet of chocolate digestives from the top shelf of her wardrobe. The colours on the package are faded. ‘We got five rucksacks full of these. They’re weird though, I’ll warn you now.’ I ask what she means. ‘They’re from Riverdance.’ She opens the tube of digestives. A plume of green air escapes from the packet. Eddie gnaws at my kneecap. He’s still hungry. She pops a mouldy biscuit into her mouth, and asks if I’d like one too. She sits on the bed. The green, furry biscuit congeals at the back of my throat. I watch her collapse onto the bed and after a few seconds I join her.

I have bum-fluff facial hair and I’m wearing my first pair of glasses. I know Mum and Dad are waiting in the Volvo. I begged them to stop the car so I could go see the ship. Dad said I could go on my own. I have to be careful. The wind presses against me. I’m fourteen. Surprisingly enough I’m the only person on the beach. No one watches the ship. I wonder if it has a name. Ships have names. Queen Anne’s Revenge. I move closer to the overturned ship. It reminds me of an upside-down cake. I crane my neck as I take one more step to it. I’m in its shadow now, but it cannot recognise me. It’s too important to even acknowledge someone like me. I take a serious breath, the first serious breath of my life, and touch its side. It groans. The expanse of sand shifts. I’m knocked to my knees. The ship rights itself. Packets of chocolate digestives hit the beach. The wind settles. I am knocked-out by a tube of biscuits. When I open my eyes, I see Eddie crouched on his owner’s face. He turns his fat neck and our eyes meet. I watch as he bends his chubby body and bites her nose.