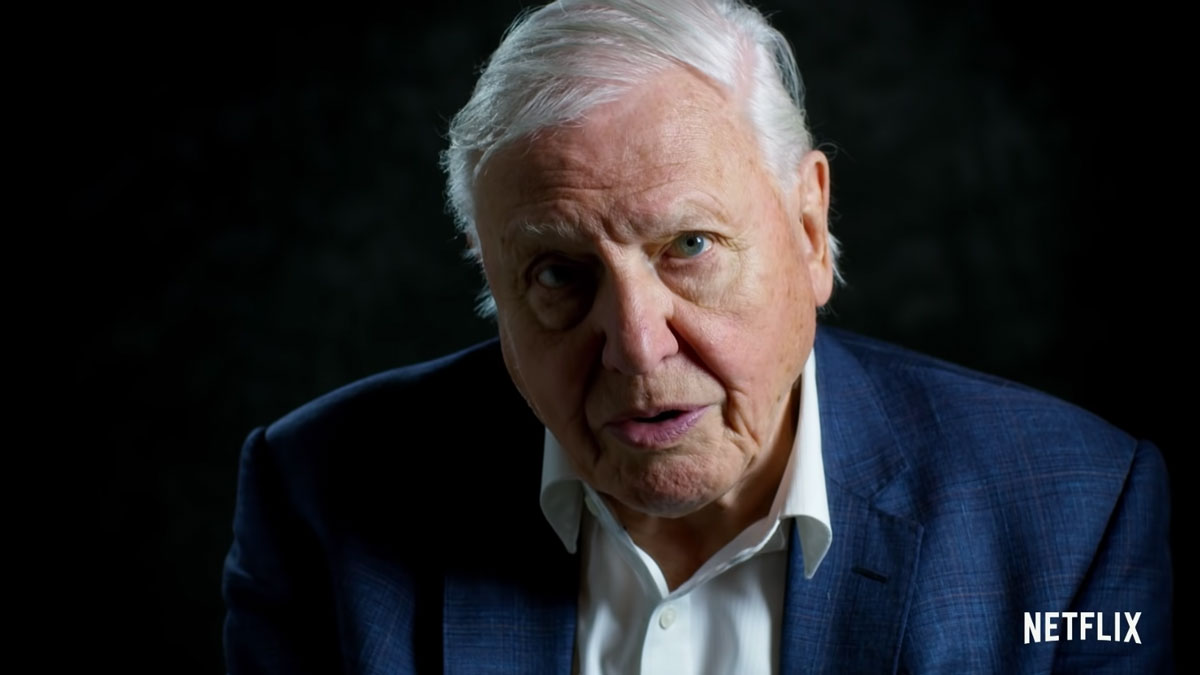 “A Life on Our Planet” Is David Attenborough’s Legacy

Coincidentally, the latest documentary from David Attenborough, A Life on Our Planet came up during our themed quarterly issue about Animals—a critical component of our planet’s biodiversity.

In this documentary the narrator, naturalist and pioneer David Attenborough, with his noteable and familiar voice, takes us through the unfolding decline of our planet’s biodiversity. At 93 years old, he pays special attention to what has been lost during his lifetime. Attenborough is convincing in his efforts to reveal both the dire consequences of the human abuse of Earth’s natural resources and the solutions that still exist. We can bring back balance and allow life—humanity in particular—to continue.

We all have to thank Sir David Attenborough for his long career of purposeful documentation, and, in this film particularly, his gentle reminders and calls to action. While he so beautifully chronicles our fate, I felt like screaming—the sound of my own inaction represented on the pain scale.

The immediate danger, we learn, is another extinction of life on our planet—this time caused by humans. As with prior extinctions (which, incidentally, are chronicled in Elizabeth Kolbert’s blistering read, The Sixth Extinction), life can regenerate itself. That’s small consolation for us, though, as humanity would be gone. Forever.

One poignant example of a man-made catastrophe highlighted in the documentary is Chernobyl, a place left deserted by an atomic explosion where nature slowly started to recreate the conditions for biodiversity that exists without humans. (On this subject, the HBO miniseries is worth a look.)

As we become aware of the repercussions humanity faces, it is our individual and common responsibility to act. In A Life on Our Planet, Attenborough underscores that we have the power to change things. Common sense solutions, combined with larger scale changes, are within our power. He suggests that we re-wild, reduce growth of the world’s population, and implement other practical activism. For example, we should create no-fishing zones, stop eating meat, and invest in renewable energy.

The sense of urgency needs to be amplified by each of us. No efforts spared.

Discover more work by Florina Falce.
Were you moved by The Art of Florina Falce? Why not leave a tip? Your contribution will be paid 100% to the author. You can also choose to give a gift to this quarter's charitable organization. It's simple, and it means so much.
Leave a Tip