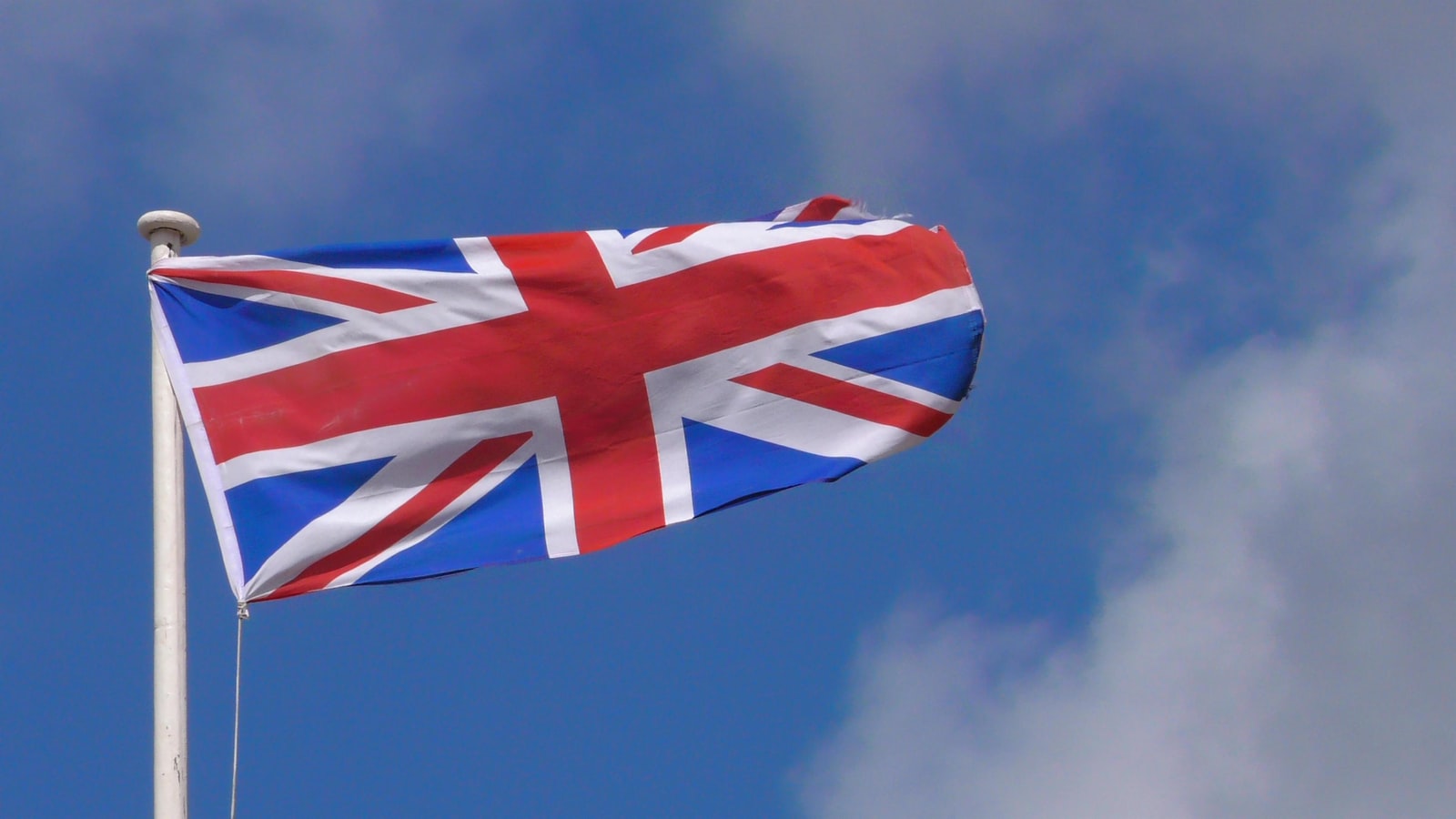 ...
My face was virtually untouched by the end of the world.

I flounder with my new extra limbs for a while before they let me leave the hospital. But I know they probably would’ve let me leave whenever – they’re so busy. I’m told to wait for a taxi. I tell them, I have no money. But it doesn’t matter – the taxi companies of Blackpool have come together to provide free rides for everyone at the hospital. It’s that blitz spirit, the receptionist says with a forced smile, everyone in it together.

I lean on a wall. There’s a woman smoking next to me. She’s wearing a grey dressing gown, but really, it looks like the dressing gown is wearing her – she’s all bones and wrinkles. This morning, I asked a nurse to bring me a hand mirror so I could see the damage. But there was no handsome scar, no new rugged look. There were flecks of dirt and ash embedded in my cheeks. Apart from that, my face was virtually untouched by the end of the world. My legs had not been so lucky. I remembered the kids at school with crutches, usually the boys who did football or rugby. They’d come in with a different injury every other week. I’d always envied the extra attention they got – not only were they sporty, but they also had crutches. Now, I move away from the woman. The smell of her cigarette smoke makes me feel sick, and worse, it reminds me of George.

The driver helps me into the car. I balance the crutches in the footwell. It’s a Premier Taxi. I’ve used them before – after nights out. He asks where I want to go. I tell him. We leave Blackpool Victoria behind us. And then, we’re stuck in traffic. It’s Magic on the radio. I want to get to where we’re going before the news bulletin. Once it’s on the news, that’s it. I wonder if the mouse survived with no injuries. Maybe he was admitted into a rodent hospital, built underneath the floorboards of someone’s house. And they’d never know – a whole world of mice underneath your nose. And you’d be none the wiser.

His accent tickles the back of my head. Nothing. Would you drop me here? Anywhere here is fine. He stops the car by Lowther Gardens. He helps me out. I watch the taxi disappear into Lytham. I find my footing with the crutches and walk on. The sky’s cleared. It’s busy. I wonder if it’s a holiday. Lots of families about. Is it half-term? February half-term. I go into autopilot as I walk from Lowther to George’s house. I walk up the garden path. I knock. A lady of a certain age answers the door. I’m a friend, I say. I’d like to see Sam. Is she in? Everything is normal, I tell myself, as I gauge her expression. I realise, I don’t even know if Sam survived.

‘Course, sorry.’ I start to turn with my crutches.

She says my name. ‘I recognise you. The Lightning Club – last September?’

George’s name seems to be the password. She looks to the floor, then looks back up to me with a tired smile. I’m let into the house.

The only thing I remember about that night at the Lightning Club is sneaking into the pool room with George for a snog. A harmless snog.

I find myself in the living room. The lady of a certain age sits herself in the armchair. I’m on the leather sofa. A ball of wool and a pair of needles have been placed on the arm of her chair. ‘I’ve been knitting,’ she says. ‘Do you want a cuppa?’

‘If you’re making,’ I say, very aware of the sound of my own voice. She leaves for the kitchen. I face the French windows. There’s a cat, a Bengal, perched on the garden fence. It leaps down into the garden. I try to get a better look – there’s something in its mouth. But my leg starts to throb, so I lean back again. The Bengal goes its own way, disappears.

I look about the living room, which George always called the good room. Pictures of Sam and George. A framed photo on the drink’s cabinet. What’s amazing is that these people in the picture have no idea what’s happened to them. They had a completely different future in their heads. I’m given my cup of tea. She asks if I want a Hobnob, but I shake my head. I don’t have a lot to say. She asks, in a roundabout way, if I was there when it happened. I think she already knew. I tell her, yes. I saw it all. I was in the middle of it all. We both were.

‘You were close with George?’

‘Yeah.’ I see George, flattened by that grey slab. The way his chest collapsed with no resistance. And the wide splash of blood which covered us both. ‘We were quite close.’

‘You knew he proposed to Sam, then. Took her onto the green. Got down on one knee.’ She gestures with one hand vaguely in the direction of Lytham Green. ‘Do you live nearby?’ she asks, choked up.

I get up without my crutches, but I take them with me.

I hobble out of the living room and into the hallway. I slam the living room door shut. I hear her mumble on the other side of the door. I press myself against the door, not letting her out. I take one crutch and ram it underneath the door handle, so there’s no escape. I’m sweating now, the pain reaching fever pitch.

Ignoring the knocking from inside the good room, I climb the stairs. By the time I’m outside the bedroom, I’m struggling for breath. I don’t need to knock; Sam opens the door. She guides me into the room.

‘I was coming down.’

Sam gets onto bed, sits herself cross-legged, like a child, and covers her face with her hands. I spot the engagement ring. ‘I knew, by the way,’ she says. ‘I’m not a complete idiot. That’s why I said no to him.’

Sam looks to her ring finger. ‘That’s just for Mum. She doesn’t need to know.’ She pauses. ‘It was insulting, I thought, the way he did it. He must have known that I knew about the two of you. But in a weird way, him proposing, it confirmed it all. Sit down, you’re sweating.’

I do as I’m told. My head spins and I almost fall back onto the bed. Sam props me up with her hand. ‘He told me you proposed because it’s a leap year.’

I think about smothering her with one of those pillows, but all the energy drains from me when she says, ‘He was seeing other people, you know, apart from me and you. It was all about control. That’s what I think.’ George had always said, Sam could talk for England. I’d never paid much attention to what she said before. But I thought her voice was deeper now, more controlled.

‘There was a cat in the garden. Is it next door’s?’

‘Do you have any ibuprofen?’

‘Paracetamol’s best I can do.’

She gets the silver packet from her bedside table. I swallow them dry.

We talk. She talks for England.

I lie back on the firm mattress. It’s not the first time I’ve been on this bed.

‘I locked your mum in the good room, by the way.’

Sam hums. ‘How’re you getting home?’

I expect her to say, ‘Are you sure you’ll be alright?’ But she doesn’t. I go back the way I came. The banging at the living room door has stopped. My crutch has fallen onto the carpet and lies diagonally across the hallway. I collect it. I can hear Sam’s mum in the kitchen. I wonder if she came upstairs to find me. I don’t want to stay to find out. Sam nods me goodbye.

Outside, I look up to the union flag, flying gently in next door’s garden. The long, white flagpole. The Bengal circles it. That thing hangs between its teeth. I think about the blitz spirit they talked about in the hospital. I walk to the bus stop by Sainsbury’s.