The Art of Christine 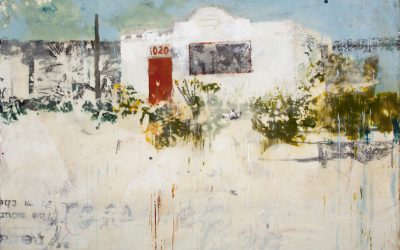 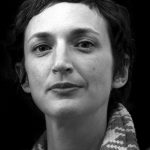 Christine Sajecki is an independent artist practicing in Baltimore, Maryland. She mostly works in encaustic, a malleable and sculptural paint made of beeswax, pigment, damar resin, and other materials harvested from her environment. She works the surfaces with brushes, torches, gouges and blades. Sajecki brings this excavation and accretion of surface to other media and drawings through her physical process.

While living in Savannah, Georgia, she cofounded the Flannery O'Connor Annual Birthday Parade, and served on the Board of Directors and as President of the Flannery O'Connor Childhood Home Foundation for three years. She was married to an architect for a decade or so, and thus, understands nearly everything.

Photo of Christine by Paul Widdowson